“When Would be a Good Time to Gain a Competitive Edge?”

Join over 145,000+ players and coaches, from World Series Champions to youth levels, who have found that playing Heads-Up Baseball helps them:

Overcome FAILURE, FRUSTRATION and FEAR the games throws at you each day, and instead play with CONFIDENCE, CONSISTENCY, and COMPOSURE under pressure. 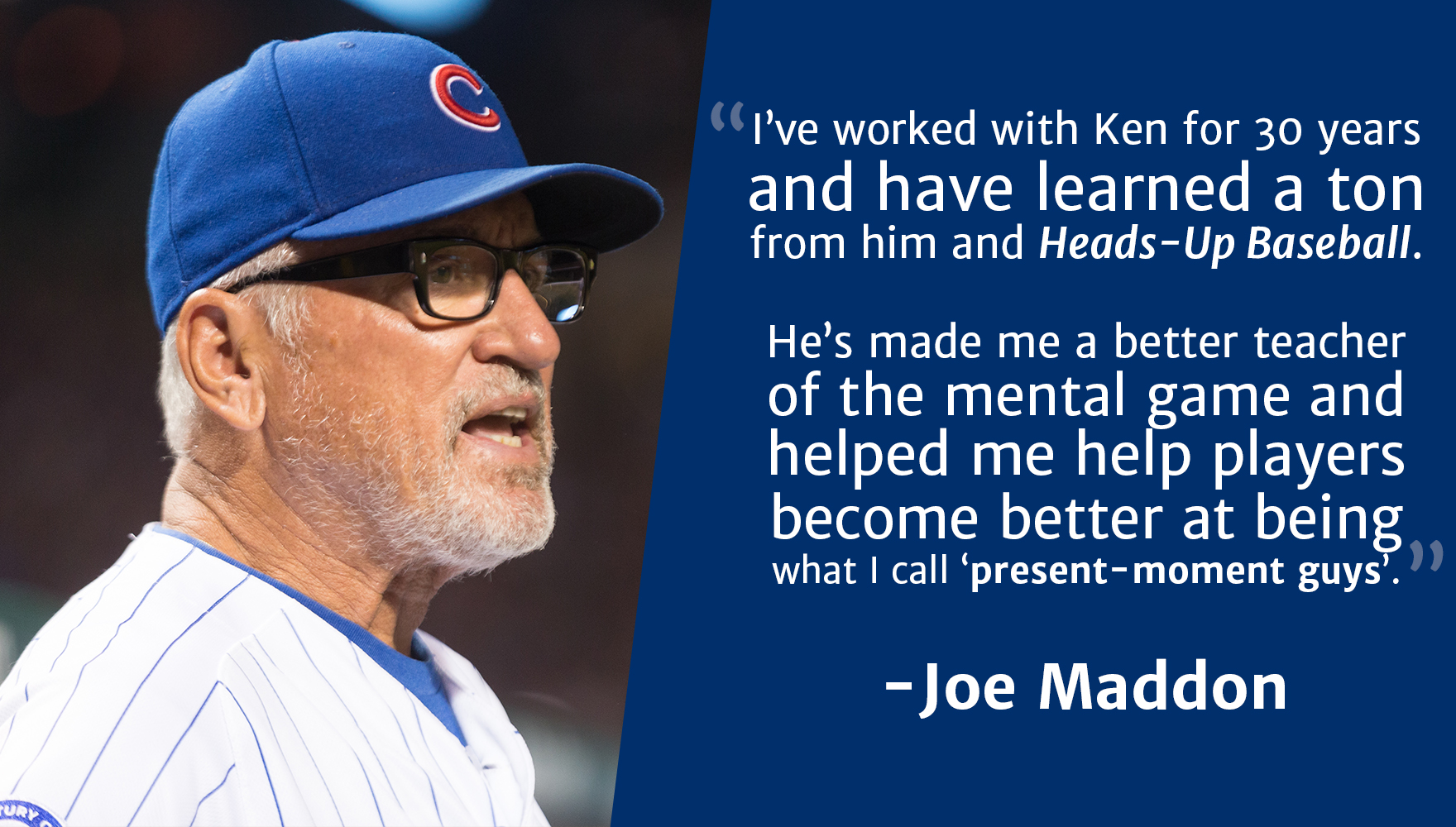 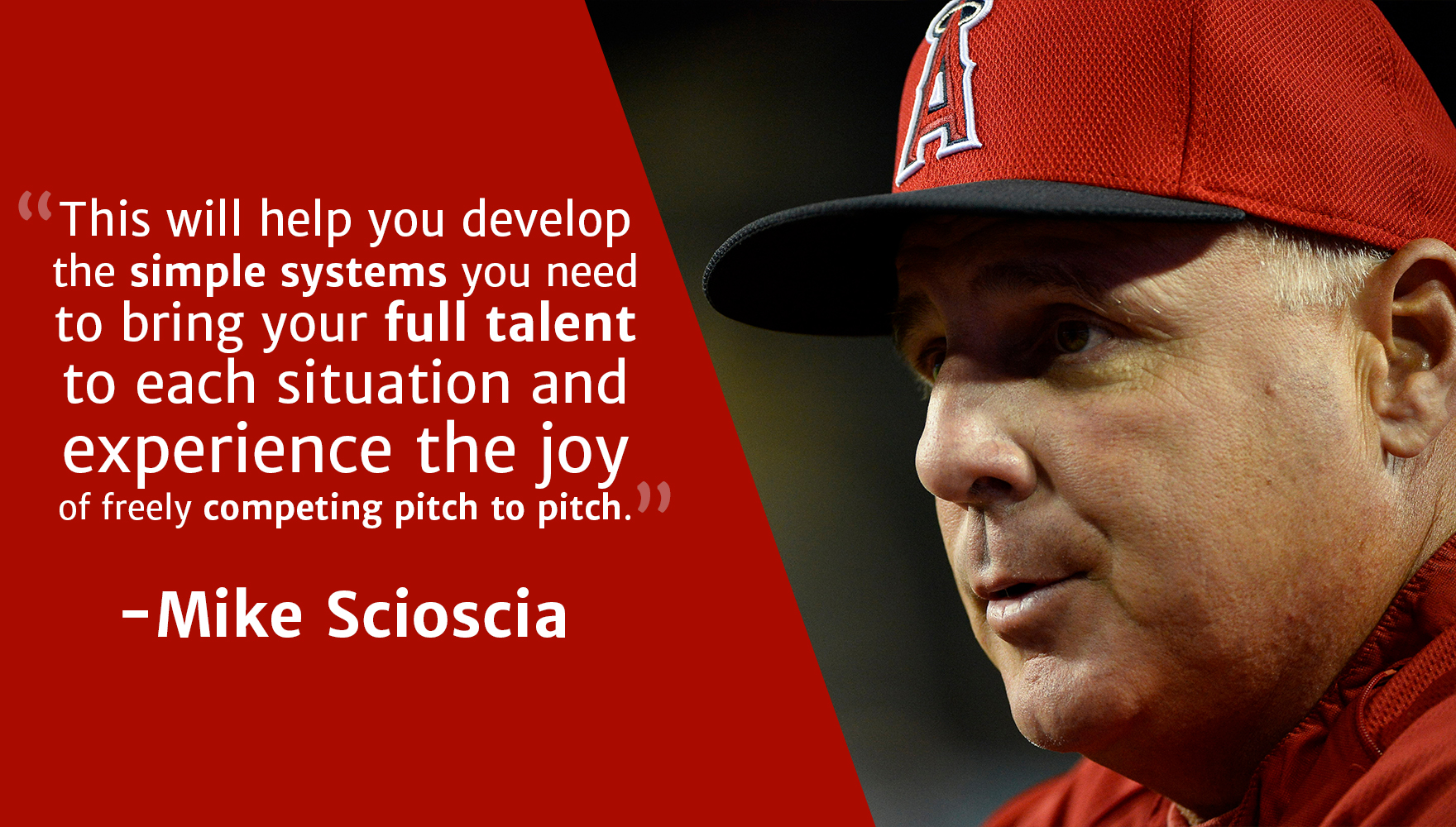 These bitter emotions are so familiar to players – and to their coaches and parents – that you may sometimes wonder why you even bother playing.

If you’re like most, you’re sick of watching your player(s) be great in practice, but crumble in real games.

You feel like pulling your hair out when all those hours of practice seem to evaporate when the pressure is on.

Why do they play so great one day, then seem clueless the next?

Most importantly, what can be done about it?  How can you help players overcome the mental and emotional challenges baseball poses and gain a competitive edge over everyone else?

You Already Know the Secret…

You’ve heard it a million times:  “Play one pitch at a time!”

You know it’s the key to playing your best.  You know every championship team says that’s what they did to win it all: “We just went out there and played one pitch at a time.”

But it is not enough for players to know they should play one pitch at a time.  They have to be able to DO it!

Fully focusing 100% on this one pitch is a SKILL.  It is developed following the same principles as physical skills such as throwing a change-up, bunting, and first-and-third defense: PRACTICE.

Most coaches, players and parents say the mental game is 80% of baseball performance success… but spend virtually no resources developing mental skills.

As a result, players face the challenges of:

… with no training on how to overcome them.  As a result they ride the “Results Roller Coaster” where their spirits soar when they succeed, and crash when they fail.

They’re sent into battle unarmed. It’s like sending a hitter to the plate without a bat.

Don’t be that Coach, Parent or Player!

We get it, we know teaching the mental part of the game isn’t easy.  Few coaches (and fewer parents) really know HOW to teach it.

That’s why we wrote Heads-Up Baseball 2.0.  It is a simple, step-by-step process for developing players into mentally tough competitors.

We’ve learned from the very best in the game how they overcome failure and frustration and consistently perform at high levels, and we’ve boiled it down to an easily understood process.

“Heads-Up Baseball 2.0 is the bible for mental toughness in baseball.  The top programs at all levels have been using it for years.”

“I will always keep these tools in the back of my mind so they are there when I need them.”

Here’s a small sampling of what you’ll discover…

It’s time to get off the emotional Results Roller Coaster and play consistent, fun, high-level baseball by learning how the best do it.

…and you’re ready for the best teaching and coaching on how to train and develop mentally tough competitors who have the competitive edge that enables them to thrive under pressure and handle failure like a champion, get Heads-Up Baseball 2.0 now.

Your only regret will be you didn’t have it sooner. 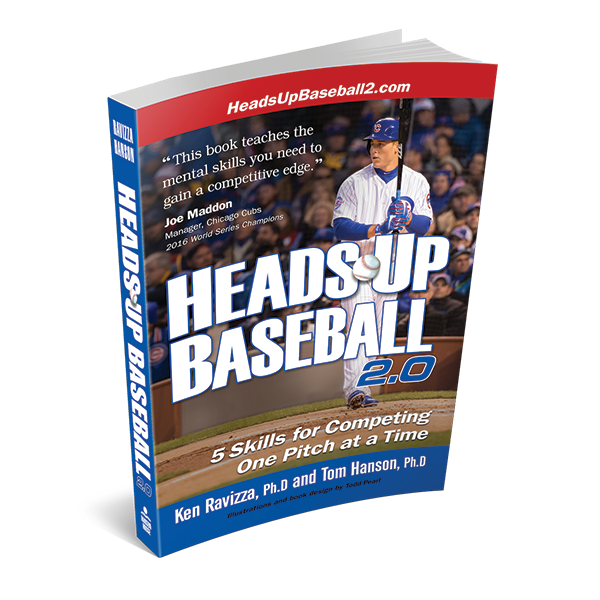 P.S. You’ll be joining over 170,000 coaches, parents and players who over the past 25 years have invested in Heads-Up Baseball.

And we’ll take all the risk: If you aren’t thrilled with your investment let us know and we’ll refund your entire cost.  You’ve got nothing to lose (except a lot of frustration, anger, fear…). 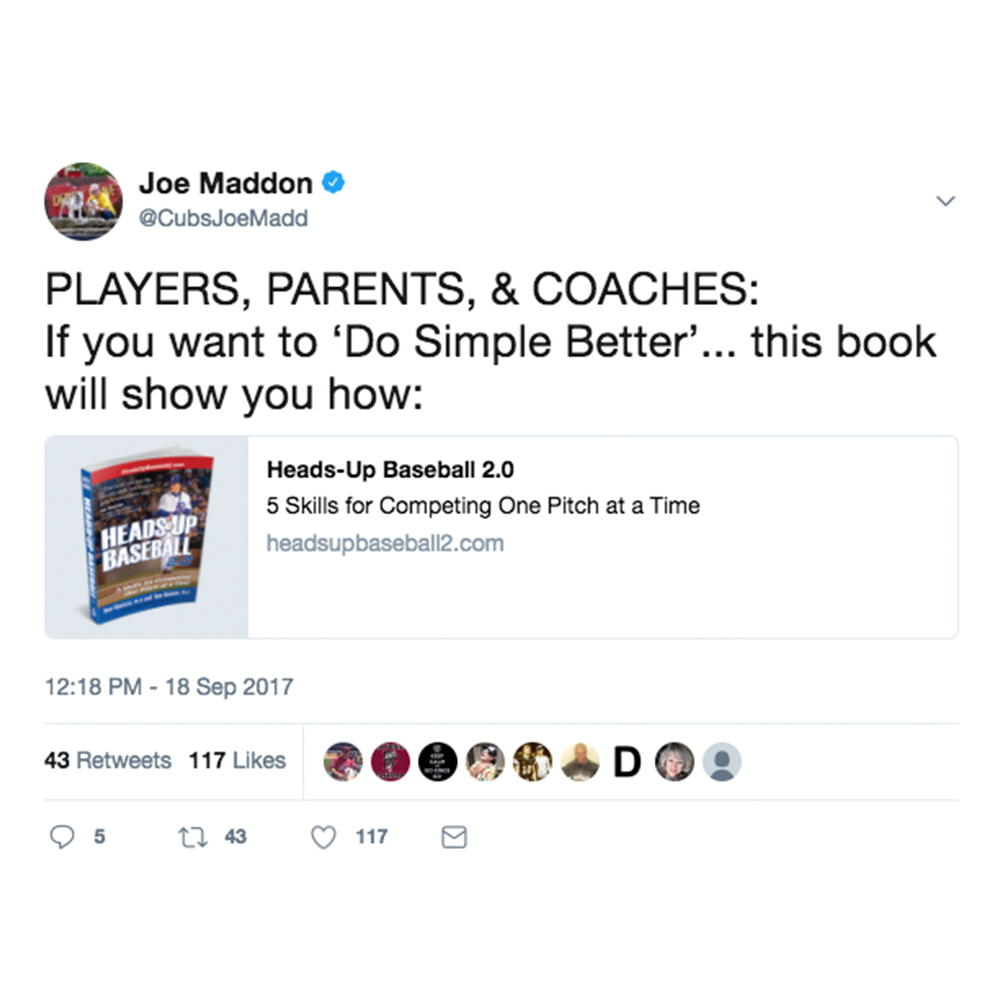 Get Heads-Up Baseball 2.0 for your entire team! 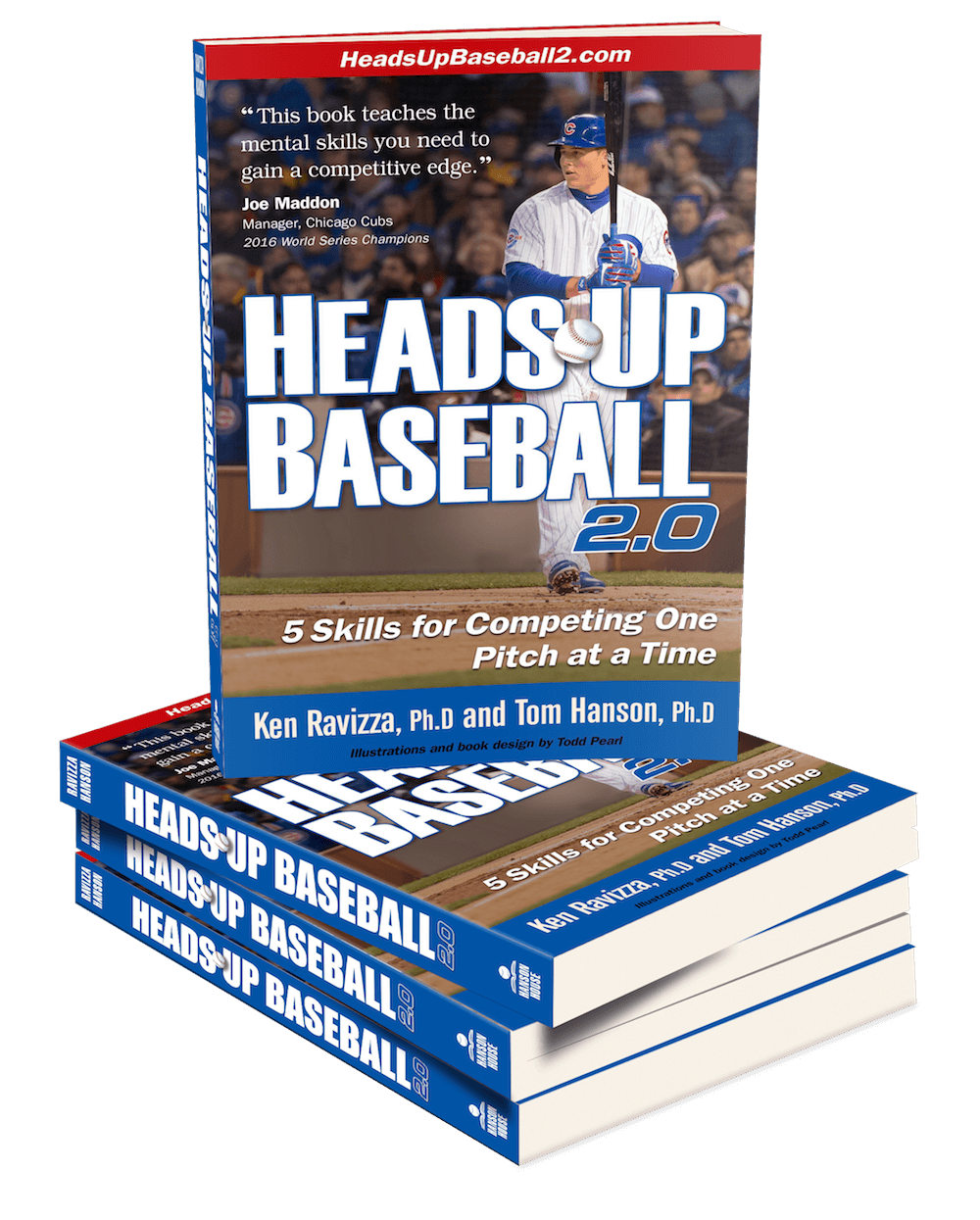 Join top teams around the country who are using Heads-Up Baseball 2.0 with their players and coaches... Click the link below to learn more about our team pricing:</p 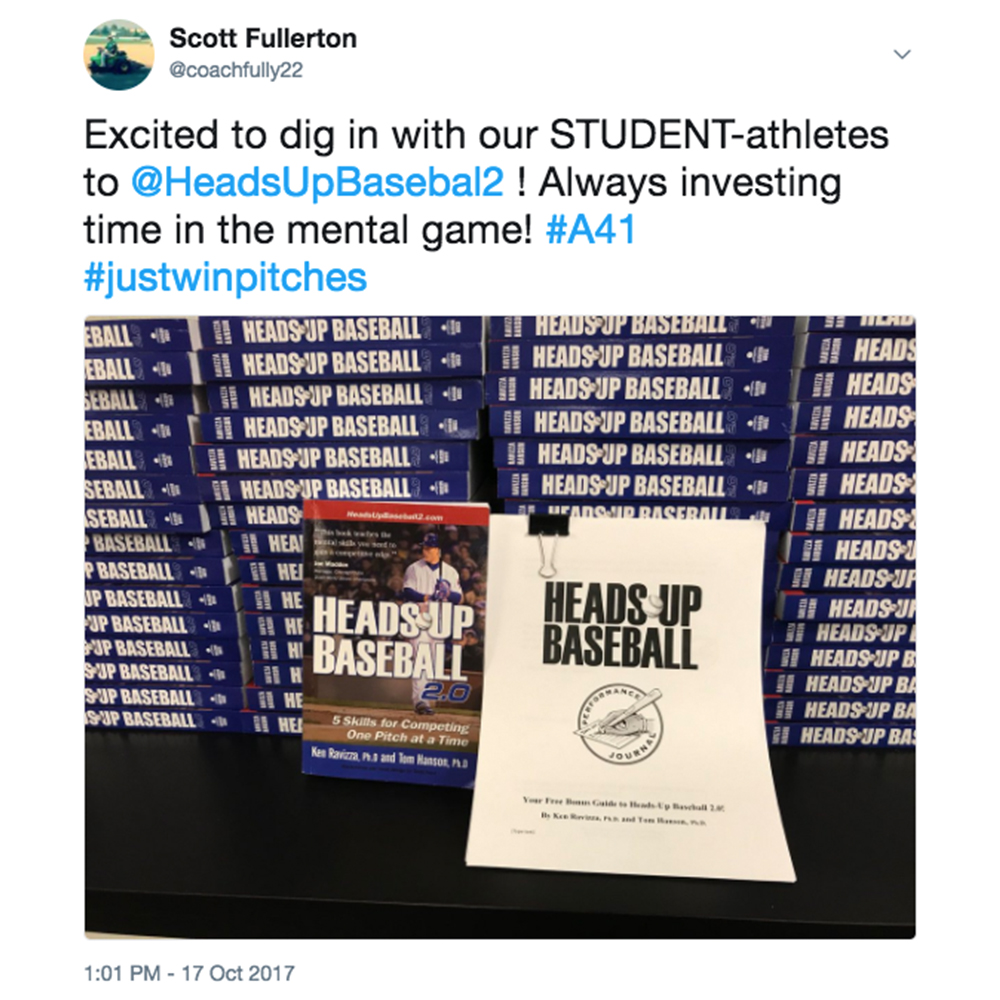